How To Stop your Brain In An Accident T-Shirt 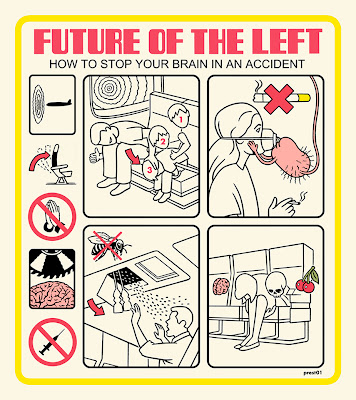 T-shirt design for the band Future Of The Left. It looks like it'll also be used (with a few tweaks) as the sleeve for their forthcoming album. I'm looking forward to making the whole package look like some kind of inter-dimensional safety manual.


Here's the rough version, if you're interested in seeing the progression from the initial idea that I sent to the band, to the finished product.
It basically involved taking out all the monkeys, guns and wizards, and then replacing them with bees, circular saws and giant testicles. 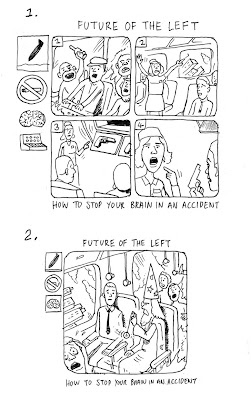 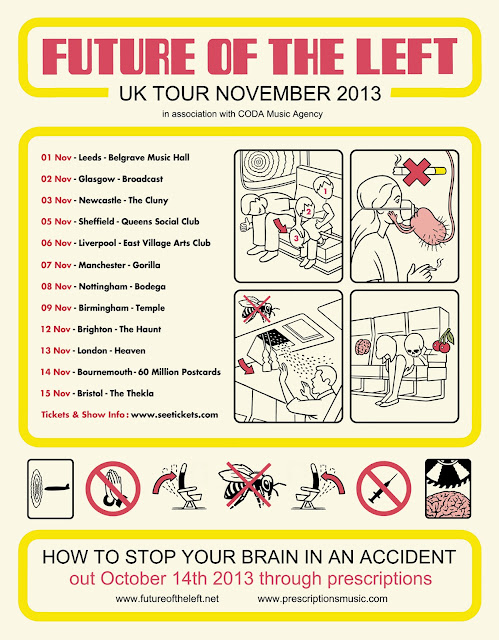