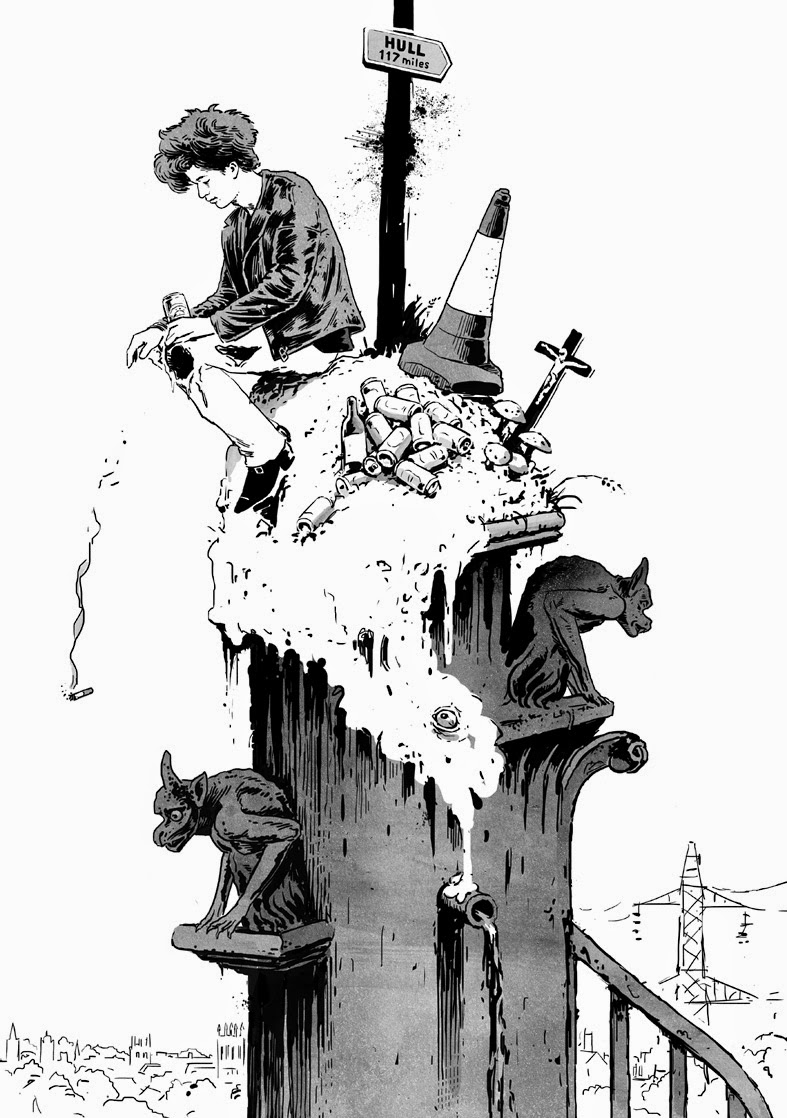 I made 7 illustrations for the forthcoming book 'Jolly Lad' by John Doran, music journalist and editor of acclaimed music website The Quietus.

Jolly Lad is 'a memoir about recovery from alcoholism, habitual drug use and mental illness. It is also about the healing power of music, how memory defines us, the redemption offered by fatherhood and what it means to be working class'. Maybe it's just me, but I also found it to be pretty hilarious.

It's out in June, available as a paperback or Ltd Edition hardback, it's published by Strange Attractor and it features a beautiful cover by Simon Fowler. There's also a CD which comes with the hardback, feat. music from Nicky Wire (Manic Street Preachers), British Sea Power, Teeth Of The Sea, Grumbling Fur and others. 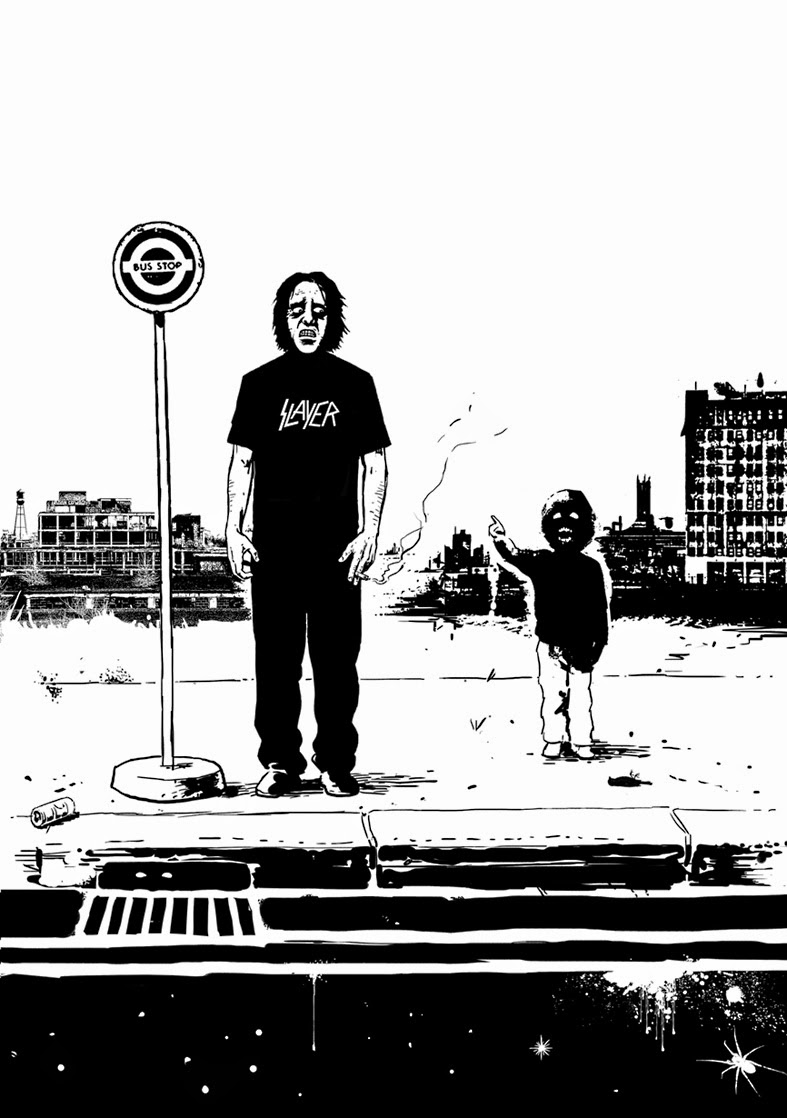