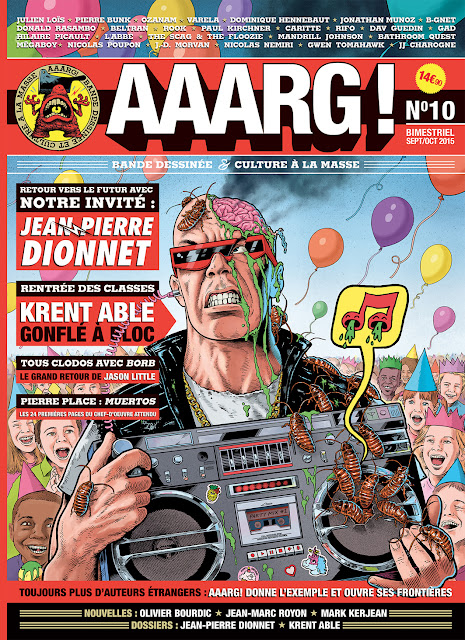 Here's my cover for the new issue of the awesome French comics magazine, AAARG!
I figured if the magazine is called AAARG!, I may as well do something as colourful, loud, over-the-top and in-your-face as possible. But still sort of jolly.

AAARG! is kind of a modern day version of magazines like the eighties Heavy Metal, so I thought it'd fit to do something inspired by Liberatore's incredible 'Ranx Xerox' comic strip. There's also a healthy dollop of Brian Bolland in there.

Below is the original artwork without the graphics.
(Click on the images to enlarge) 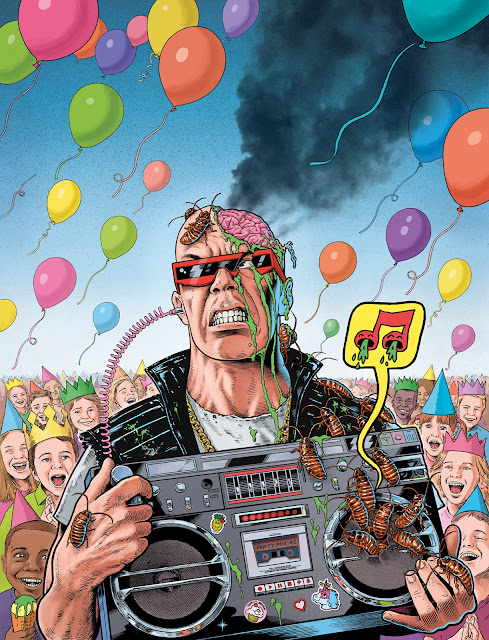 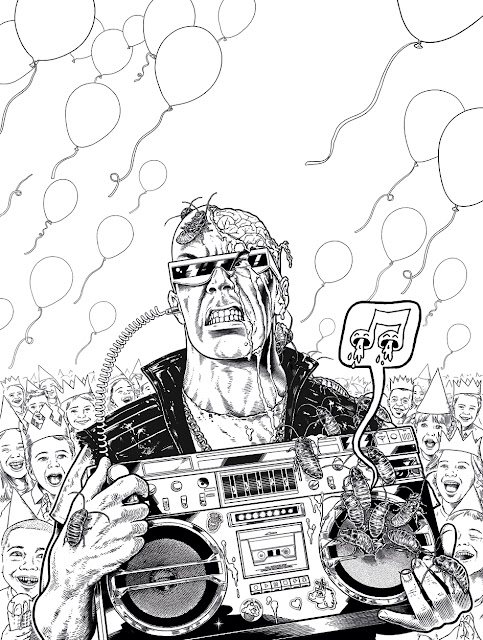 ...and the rough sketch, originally an unused idea for the cover of Your Days Are Numbered.
I don't like to let an idea go to waste. 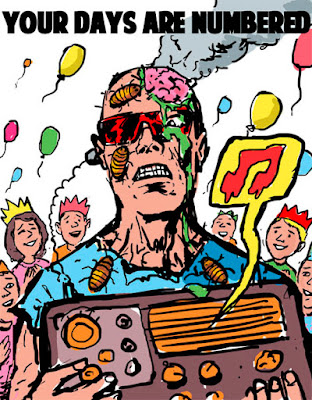 There's also a whopping 9 page 'A to Z of Krent Able' interview inside.
Thanks to Donald Rasambo for the translation. 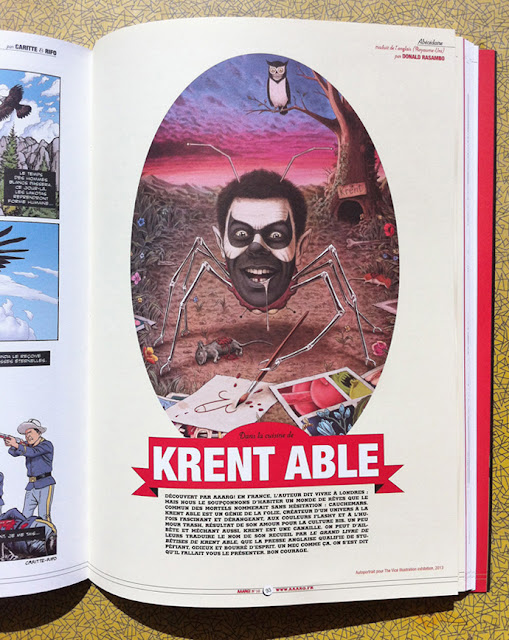 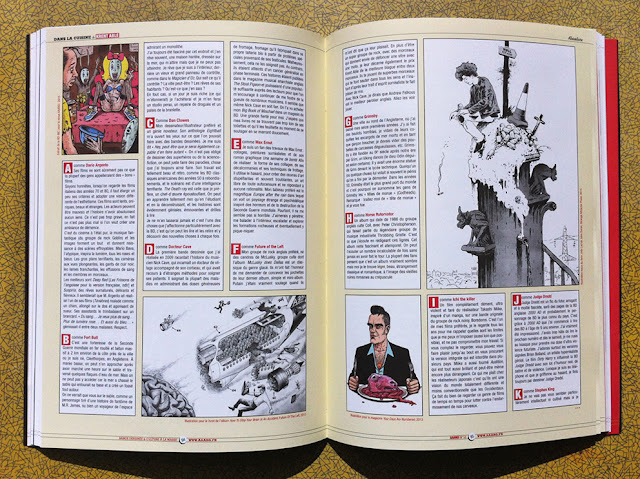 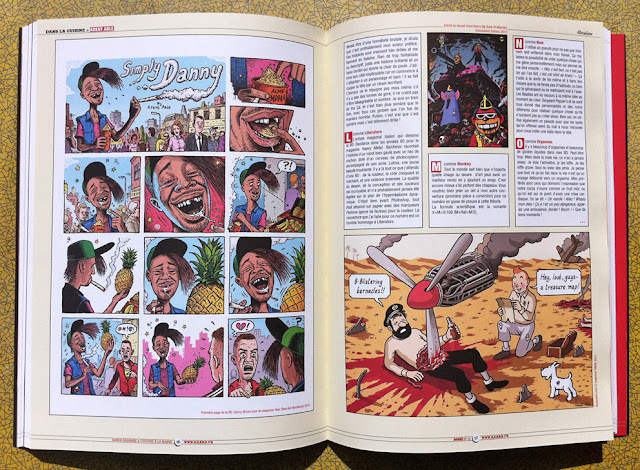 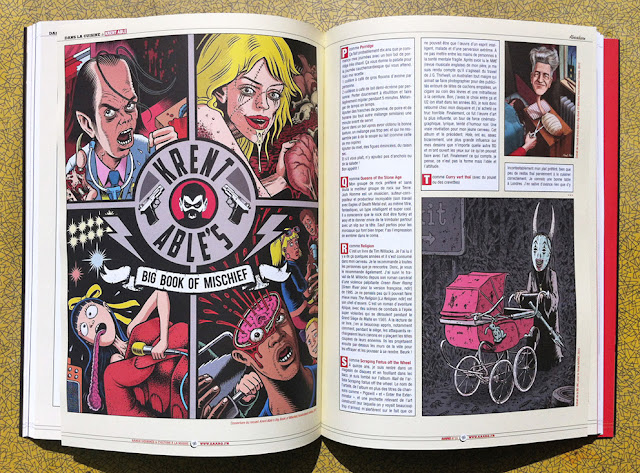 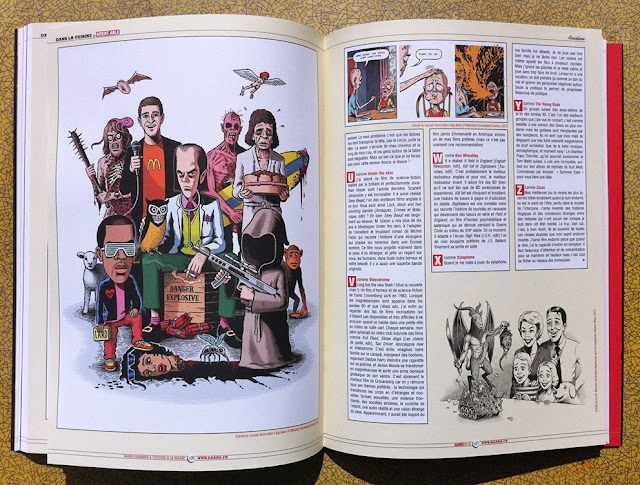 Below is an an unused alternate cover design (based on a rejected idea for Future Of The Left's 'How To Stop Your Brain In An Accident' lp). I'll probably recycle it for something else sometime. This isn't the last you've seen of this dumb idea! 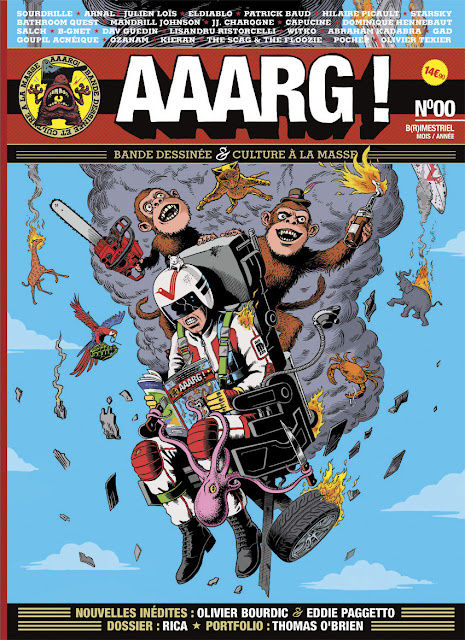 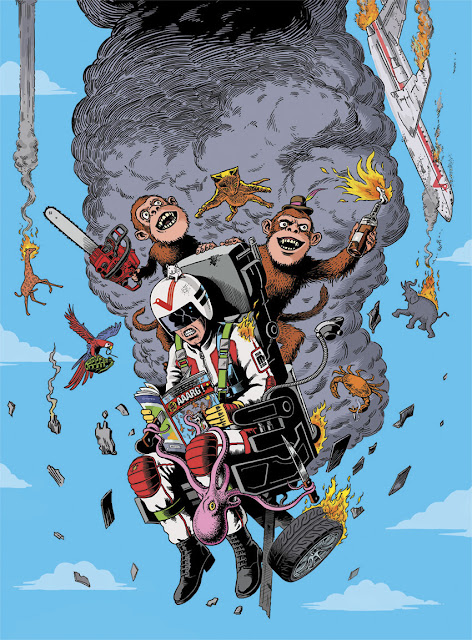 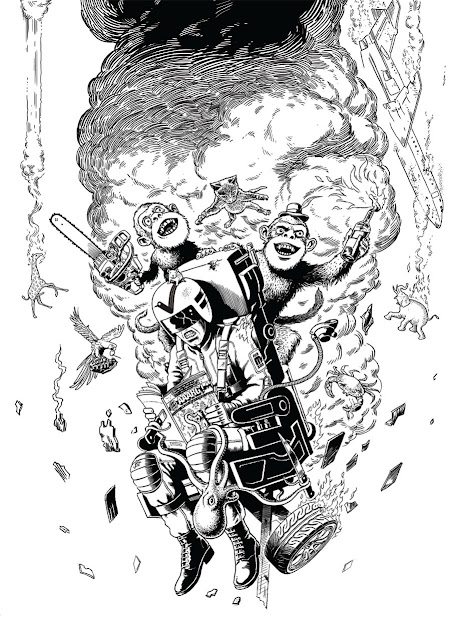 You can order AAARG! here: Aaarg! SHOP
It's all in French obviously, but it really is bloody gorgeous - large scale, beautiful printing and design, and it comes with a huge fold-out poster of the cover. It's more like a book than a magazine. Plus the standard of the comics inside is tip-top. The French can draw so well, it's almost scary.
Posted by Krent Able at 12:28 No comments: 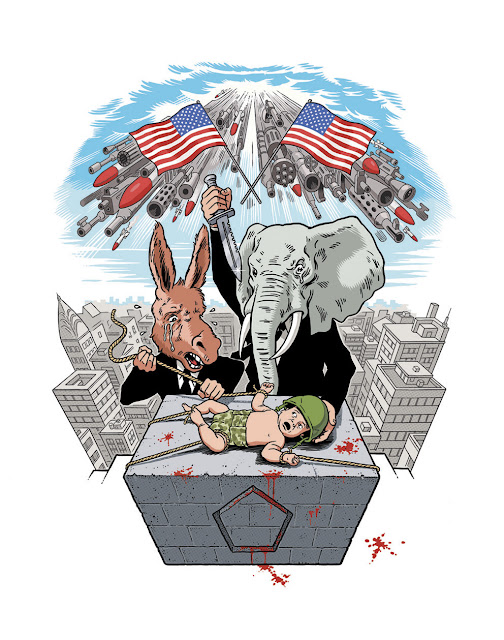 Commission for Dirty Empire (Link: Dirty Empire), to be used on stickers, posters and T-shirts.
Posted by Krent Able at 12:02 1 comment: